On April 5, over 30 advocates for active transportation met in Raleigh to meet with our state legislators for BikeWalk NC’s first Lobby Day. Participants traveled from as far east as Southport (southeast of Wilmington) and as far west as Sylva (west of Asheville).

“We were thrilled with the turnout, as 40 registered without our really publicizing the event,” said Executive Director Lisa Riegel. “Since we had never hosted a lobby day before, our goal was simply to put our toes in the water.”

Lobby Day participant Lora Sharkey was able to speak with both of her local elected officials, Sen.  Rabon and Rep. Iler. Since the appointments were made in advance, Lora believed the lobbyists schedule was more productive. Lora emphasized the importance of making the conversations personal. “The elected officials want to know how [active transportation] issues impact their particular constituents, not people living in a county miles away.”

Lora also had a major success with the colorful bicycle pins, which struck up conversations about bicycle and pedestrian funding with elected officials and citizens alike. In the future, Lora suggested having safety statistics on-hand to incorporate into discussions with legislators. Providing facts on bicyclist and pedestrian injuries and deaths from motor vehicles can clearly demonstrate the need for prioritizing active transportation legislation. 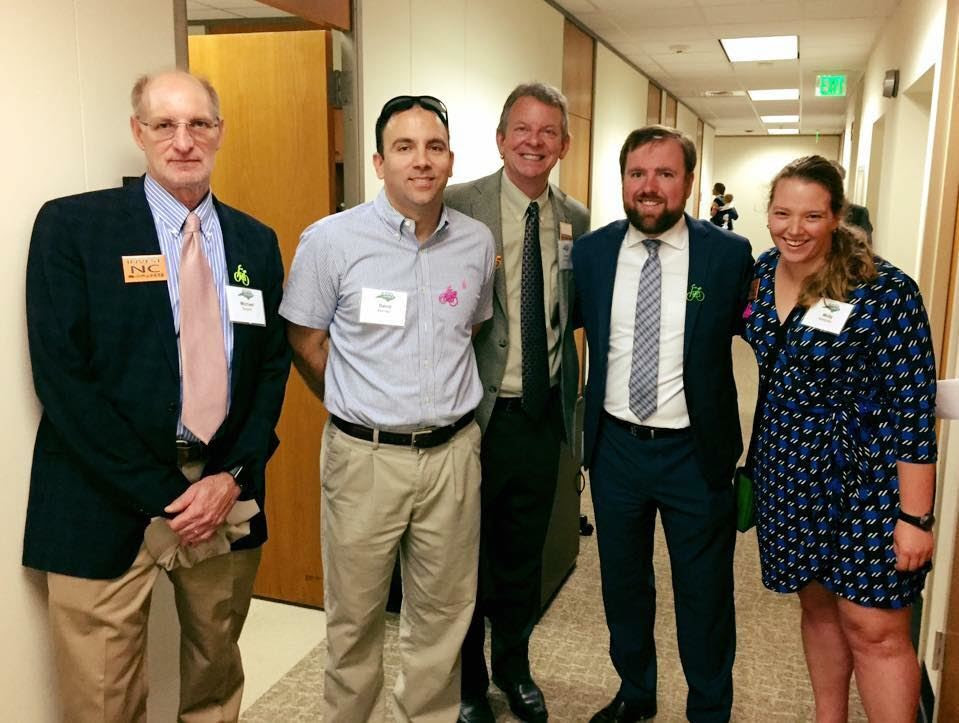 “Overall, we think the event was a great success, and we plan to expand it next year,” said Lisa Riegel. “What’s really important is for our advocates to follow up with their legislators in their home district to continue the relationships between government and citizens.”

BWNC would also like to thank the Association of General Contractors for letting us join in their legislative reception. We look forward to next year’s Lobby Day!